You get to invite 3 people dead or alive to dinner. Who do you invite?
Robin Williams, Betty White, Will Ferrell

Something you’ve done that you never thought you’d do?
Work in the front-office of my favourite NHL team (Toronto Maple Leafs).

Who do you admire the most?
My parents, John and Rita – they managed to raise four kids despite very little financial stability.

One superpower you would want?
The ability to reach into my pocket and pull out the exact amount of cash required for any situation.

What’s your biggest fear?
Being chased by a clown holding a needle.

What’s your biggest pet peeve?
Being drawn and/or coloured on.

What’s one place you want to visit?
Rome

What was your favourite subject in school?
Peer Helping (assisted in the Special Education program)

What would your last meal be?
Fried chicken sandwich, mac & cheese & an iced tea.

What are you really bad at?
Golf

Tell me something weird about you.
I’m a born & raised Islander who isn’t the biggest fan of lobster, potatoes or golf.

Who is the most famous person you’ve ever met?
Bryan Adams

What’s the one thing people would be surprised to know about you?
I’m 99% sure I’m the youngest broadcaster in CHL history.

What’s the worst fashion choice you ever made?
Frosted-tips. (Luckily it lasted less than a week and I was able to play it off as “part of a Halloween costume”)

Where is the most interesting place you’ve been?
Downtown Toronto when the Raptors won the NBA championship.

What’s the luckiest thing that has happened to you?
Being at the right place at the right time got me a job with the Maple Leafs.

What’s the most immature thing about you?
My penmanship (it looks like a 1st grader writing with their wrong hand).

What gets you fired up?
Working with kids, they always seem to bring the fun & energy out in me.
Watching Team Canada play during the World Junior Hockey Championships.

Brought to you by: 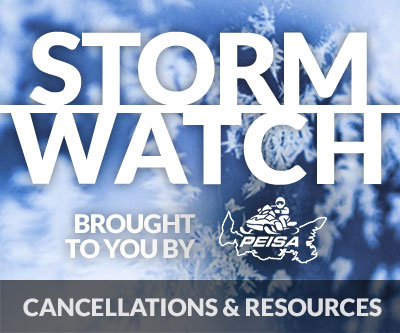